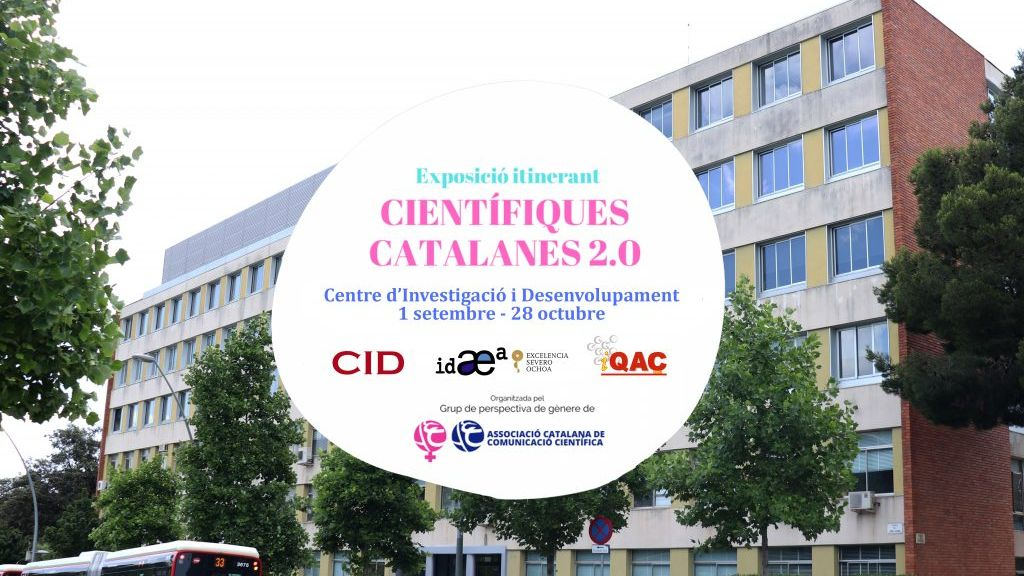 The exhibition “Catalan Women Scientists 2.0” (Científiques Catalanes 2.0), born in 2020, aims to give greater visibility to the strategic role of women scientists in our territory, in order to create and disseminate female roles and models, especially in the fields of science and engineering. It is important to know women in science to help overcome gender stereotypes in STEAM disciplines. Thus, the aim of the exhibition is to highlight the fundamental role of women in the advancement of science in society, highlighting some scientists from our immediate environment, the Catalan territory.

The exhibition, which includes 24 relevant women scientists working in Catalunya, will be at the Center of Research and Development (CID-CSIC), to which IDAEA and IQAC belong.

The project has been coordinated by the ACCC’s Gender Perspective Group, which has more than 20 members, all professionals working in science communication, outreach, and journalism, as well as scientific research. It began on the 11th February 2020, International Day of Women and Girls in Science.